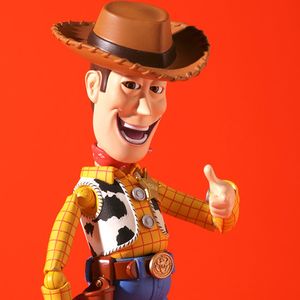 The Author, Storybro, continually echoed the sentiment that "Enough of it was true to matter, and the rest was simply artistic license to make it flow"; because of the realism of the characters, the accuracy to the time period and the consistent poor decisions of the main character it's well accepted the story is probably not completely fictional. The story is interesting in its own right because although it's told entirely from a first person standpoint, the main character shifts over the course of the story.

Because of the Authors meticulous archiving, The full story is available on this Page, the author felt that commentary and discussion were an important part of the story and thus comments are enabled and encouraged. There are also provided links to an archived version of every single thread of the story. This includes the thousands of woody images posted along with every thread.

This story takes the current record as "Longest Greentext Ever Written" clocking in at over 400 pages. Many anons believe it's the beginning of the emergence of a completely new writing style. Although the storyteller initially writes in a very rough and casual greentext format, the later updates are exceptionally detailed and well versed.

The author initially began posting this story to /v/ on a "Greentext Vidya Sleepovers" Thread. Started out nameless, and obviously didn't expect to tell the story past the bits where all the anons on the thread could fap. Due to overwhelming support and popularity it was continued through multiple chapters on /v/. The writing style reflects this and it quickly transitions between a rough greentext format, to a full first hand retelling of the experiences lavish with detail. The story and pen name were chosen by anons. "Storybro" and "Storybro's Magically Lewd Sleepover Adventure" on an open-discussion Google document that was only active for a short number of updates before it was deemed too much work.

Because /v/ pretends to be a video game board, the author had to fight various bans, mutes and thread deletions before threads were moved to the permanent home on R9k. The story was posted over the span of a month. With near nightly updates at 8:00 PM (pst). Threads consisted of single post updates every 8-10 minutes with discussion, shitstorms and usual reactions between each post. Because of the formatting of the threads it left the author with many chances to drop cliffhangers for the reading anons, and reading the threads was a completely different experience between simply reading it on the document. Most readers formed factions and argued between one another on which girl was best, and should end up with the main character at the end.

Because of the slow speed of R9k, there was an active thread nearly every moment devoted to this story between April 1st and May 7th 2014. With mirrored active threads on /b/. Because /b/ is not archived consistently, only the r9k threads are readable. Throughout the story's writing time, it consistently had 100+ anons new and old reading through the story. Near the finale it's estimated there were thousands of users accessing the document. It actually managed to overload and crash the server it's hosted on (which is rather impressive as its a google server.).

Although Storybro never provided actual pictures of the women, he noted various anime characters they look like and now has an official page outlining what they look like. Girls - Sleepover Further discussions with the author across the telling of the second story confirm the actual existence of the females involved.

Fan Groups emerged throughout the story such as Team Raven, Team Glasses, Team Blondie, and Team Sandwichbro. On threads and in the skype chat it was a common competition to weigh the girls on different merits and argue about which ones were best, and which ones the main character should eventually settle with.

During the posting of this story, the author punctuated each and every update with a recap of the previous update, often themed or with additional jokes.

In addition to this, the author posted a new and different woody picture for each and every single post he made with story content, often relating to the content of the post directly. This collection of Revoltech woody images impressed anons when it was in the hundreds, but quickly entered the thousands as the story progressed.

The OP, being a nice guy offered up two .rars of woody pictures at the end of the story. It was revealed that over 1422 different images were posted in the progress of this story. Which is a testament to the amount of time and effort the author put into it.

Its suggested you use the official blog assuming that still exists because it has features not available on the wiki. But for archival reasons here's the story in text-format.

A second story was started, May 17th. The page can be found here: Magically Lewd Road Trip Adventure