Something Awful began at some point in the late 1990s with the forums opening in late ?2000. In its heyday it was a good place to be. There was a large and fairly diverse user base (every kind of white person from German to Englishman!) and it wasn’t neck-deep in ads. It was also a hub of piracy in ’03, as they’d also rather choose to forget. If anything speaks highly to the ability of a site to survive serious brushes with the law, I think SA more or less proves that 4chan will live on indefinitely.

SA gave birth to 4chan, a fact that their people won’t mention. It’s one of those fucked up relationships like Jack Nicholson had where it turned out his sister was actually his mother who had him has a teenager out of wedlock. Much like a world that can cause shit like that to happen, the culture over at SA is very much repressed. If you wanted to, I guess you could say 4chan was developed as response to that place, but that’s not exactly how it went down.

SA, entirely unlike 4chan, requires registration. Not only does it require registration, it requires paid registration, and pay-to-play perks for any number of other add-ons including but not limited to a user pic. It’s both sad and funny. Mostly sad… (for a time you could even pay to have a registration date of 9/11/01; nevar forget, etc.)

The moderation was also heavy-handed and randomly enforced. Lonely and underemployed losers served as mods and took out their many frustrations out on users entirely to the profit of the company as each ban required an additional re-registration fee. Saying anything at all contrary to the opinions of these mods or admins was “sass”, a bannable offense. If you were a member of a subculture that was not of the admins’ liking, you would not fare well for very long there. Furries in particular were subject to serious harassment.

I had been a fan of the SA front page and like all the best decisions mine to join was made while drunk early in ‘03. I was largely afraid to say much of anything on SA as every attempt at discussion was potentially a costly one. On the bright side, the place by this point was mostly a front for a collection of bittorrent trackers which turned out to be very much worth the registration fee. It was also home to wide collection of other losers, the third or fourth saddest of which was the ADTRW crew. This was the anime subforum and the name is short for Anime Death Tentacle Rape Whorehouse. It is from this place that moot apparently got the idea for his greatest mistake.

I don’t recall moot being a user of any particular note on ADTRW but then again, it was mostly talk about boring series that only the hardest of hardcore nerds would go out of their way to watch. ADTRW was mostly boring except for the 2chan and Azumanga Daioh threads. In addition jerks from ADTRW, jerks from FYAD also contributed heavily to the early era of 4chan (whether they want to admit it or not). ADTRW ran an operation called Raspberry Heaven (which references Azumanga Daioh) which was involved in manga translation (and fansubbing? I forget). They had their own forums apart from the greater SA and if I recall correctly, there were some people involved in RH that had nothing to do with SA (for one of the many reasons stated above).

ADTRW is notable for being one of the less-lame anime forums out there. The users aren't nearly as pathetic as they tend to be elsewhere and the Japan love not nearly as strong. A lot of the fandom is tongue-in-cheek and it tends to filter out good series quite well where others tend to think anything from Japan is of equal merit. I will thank it for exposing me to Azumanga Daioh which I hate to admit I like. Or at least it was. I don't really know the current situation.

A lot of content migrated over from SA in the early days. In particular, the phrase "(USER WAS BANNED FOR THIS POST)" is not something you see on futaba, but was used (extensively) on SA and added into 4chan's code. The phrase //kill it with fire!// is also from there and was usually in regards to spiders over there, which they all had a fear of some reason. That and the ocean (yeah, it's dumb). Truncating a sentence like: //Oh shi// also seems to have come from there.

The whole concept of an image macro, if not born there, was at least refined at SA. A lot of macros that are reposted on 4chan to this day are are older than the site itself and completely ripped off from the SA forums. The modern memegenerator content is a whole new "refinement"...

During the early days, there was a thread on SA which they made demotivational posters. The concept was obviously taken to extremes at 4chan. This may in fact have been 2004-2005, so never mind.

Sometime in March and April of 2005, it was clear that 4chan's traffic and (more importantly to SA) influence had greatly exceeded anything they ever had in the first place. It was also clear (looking back anyway) that Lowtax had gone a little crazy. References to 4chan started to appear in regular conversation much to the distaste of the admins and quickly became a bannable offense. There was also a lot of murmering dissent over shitty mods, random enforcement of the rules, and other petty nonsense happening there. Jealous personal attacks were taken out on 4chan founders, early users, anime fans, and anyone else holding a slightly dissenting opinion from that of the admins (that being that 4chan is never to be mentioned because it upsets Richard). It went briefly full-on Soviet-style police state for awhile and got really annoying. People started spouting off patriotic (and anti-4chan) lines just to keep themselves in favor and their 10bux safe.

Radium, the coder and an admin there was the source of much internal contention. It eventually split off to form the immensely funny (well, to dissatisfied SA users) SASS (Something Awful Sychophant's Squad which would later be succeeded by the kind of funny sometimes TNE). This group succeeded in at least silencing radium and throwing him into the background after someone managed to do some haxxor shit and get his password (kjs500 btw; strength 8% which he also used on a bunch of other accounts on other sites). As a result of this, they insisted that all users' pws be changed to something that no human being could possibly remember. No doubt I was among a lot of users unable to recall a 40 character alphanumeric + special characters password and also unwilling to pay to re-register once I forgot it minutes later. SA is still alive and 4chan is still a sore point that is only whispered about by the oppressed masses there.

Speaking of oppressed masses, you may hear the term "goon" thrown around a bit and that is what they call themselves. The stereotypical goon is white, overweight, wears thrift-store clothing (unfortunate shirt, long shorts, sandals with socks, and stupid fedora), and takes deep offense to everything they either don't understand or find slightly distasteful. Oh, and they tend to die alone.

There isn't one. It's still there. Also this: 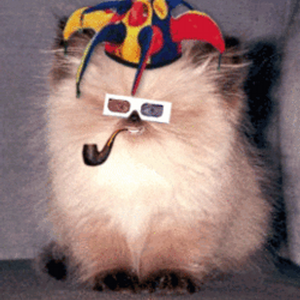 Posting this or one of 113 other pictures not specifically mentioned in the already complicated rules will get you banned from SA!

Here's an excellent article and source if you want to know more:

Fuck you and die.