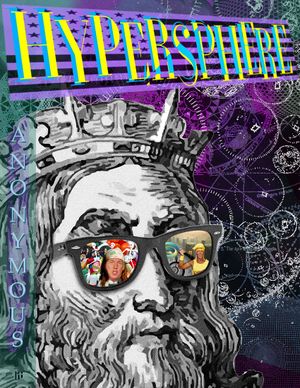 Published December 23, 2015, Hypersphere is the collaborative result of /lit/ anons attempting to write a story in google docs over the course of 3 months. It features a 720 page shitposting saga, a beginning, an end, and most miraculously of all, A coherent narrative.