This is what happens when you musically inclined anons come together and try to make or to recreate their favorite songs. They aren’t perfect, or even all that good, but that’s part of their charm. There have been two similar projects on /a/: /a/ Sings and Orchestr/a/. /v/ creates albums of songs, usually new lyrics to the tune of familiar songs. Other boards such as /mu/ and [s4s] opt to craft tunes of their own.

Larger in scope, and likely better organized than /a/’s music corps. Born out of the complaints and controversies in the video game industry frequently discussed on /v/, the series of musicals lampoons figures and franchises alongside taking jabs at their imageboard’s culture. Has released four albums to date. Meta Song List

Spawned from an era of shitposting and memes, the group went on to receive critical acclaim for their eclecticism and revolutionary methods of sampling, particularly on their seminal work 'Death By Memes', a "Concept album about a man whose discovery of and consequentially addiction to memes sees him fall into a state of madness."

The Dicklick Brigade - This discography is incomplete. A list of missing albums can be found in the link. 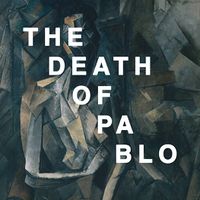 In Early 2017, a /mu/tant had a dream where Kanye West released an alternate version of The Life of Pablo which only had four tracks.

Inspired by this anon, /mu/ came together to make his dream come true.

The album can be found on Bandcamp here.

s4s' very own group, running three years strong. While not as prolific compared to /mu/ or /v/'s sheer numbers, Esfores is praised for their consistently high quality albums containing even more intricate references and memes than /v/'s musicals, if such a thing is possible.