Difference between revisions of "Records/Litigation"

Do you swear to tell the truth, the whole truth, and nothing but the truth so help your black ass? --N.W.A.

America is known as a nation of lawsuits, and its predominant influence among the English-speaking world means there is bound to be litigation the evidence record of which has information about the culture of a website at the time of the suit.

In particular, in Common Law jurisdictions like America as well as other former colonies of Great Britain, judicial precedent establishes that judges essentially interpret the law (possibly even in new ways) based on prior precedent-making judgements.

This means that court rulings and documents are of massive importance for future courts to understand and interpret for as long as the US Supreme Court is in operation, demanding great effort in documenting and debating all aspects of a case, in every US court big or small, for future generations to understand. Common Law allows law to be significantly more flexible to any number of situations of human civilization present and future:. However, this allows judges to sometimes be sovereign in how law is interpreted unlike with Civil Laws, which is why retroactive condemnation of prior decisions and political tussling and packing of the US Supreme Court is such a big deal.

As Supreme Court Justice Neil Gorusch stated in a lengthy interview with CNN, "It is a raucous republic and the battle of ideas is what our founders had in mind," (What they didn't have in mind,) "was nine old people in Washington sitting in robes telling everybody else how to live." "Do you really want me to rule the country?".

The most well-known examples are, of course, Moot and Jim Watkins' testimonies under oath, but there are probably many more floating around.

What Historians Can Uncover from Litigation

It is said that the Internet never forgets, but websites rise and fall all the time on the internet: server bills go unpaid, untold numbers of startups have been dissolved by investors, and communities splinter, collapse, and may come together again in new forms. While some aspects of websites are archived by scrapers such as the Internet Archive and those run by this very organization, it may not be easily possible to understand the context, and a lot of key information, witnesses, and data that would have been common sense or easily accessible at the time is no longer accessible or well understood far into the future. This means that very little remains of a website may still exist today, much like a company's records are tossed and lost to time if not properly preserved.

This is where litigation: court proceedings and their legal opinions and subpeonas, become crucial documents to historians. For one, background, evidence, subpoenas, and testimonies brought before the court are generally primary or secondary sources, most of all described and recorded under pain of oath. With mandatory subpeonas, the courts thereby gain access to any low or high profile citizen to make discoveries that would otherwise never be told without coercion. While there remains a major motive for defendants, prosecutors, witnesses, or even the court to obscure, obstruct, or frame some evidence, generally it can be assumed that all parties make their best effort to establish known facts of the world relevant to the case. History is what is written, not what is untold.

Another key factor in the usefulness of court proceedings is their appeals to the jury who represent the broader public, who are assumed not to be familiar with most, if any aspects of the case at all. Therefore, great effort is made by lawyers to subpoena witnesses to describe the background, communities, and facts involved in the case under pain of oath.

For example, both Christopher Poole (Moot of 4chan) and Jim Watkins (N.T. Technologies, current operator of 8chan) were both called upon by the courts or by US Congress in a subpeona to describe the setup, design, and purpose of existence of their websites in full, in such deep detail they would generally not do so to a journalist willingly.

Lastly, a key factor in the comprehensibility of court proceedings is the foresight of judges in documenting and etching in stone all aspects related to a case that may not necessarily be understood or preserved far into the future, because they know that for the entire existence of the nation or even much farther, these court records might still be read to establish judicial precedent. Therefore, the courts often make great efforts in their opinions and proceedings to describe for all time all technologies, corporate entities, individuals, and cultural contexts involved in the case.

For example, a complete description of the USENET Network as used in a diminished role for warez and accessed using USENET.com in 2009 is provided in the precedential legal opinion Arista Records LLC vs USENET.com, which is incredibly useful to internet historians, as is the exact same court decision that destablized its centralized file sharing structure considerably, just as peer-to-peer filesharing with torrents eclipsed it.

Publicly accessible litigation documents are not always easy to come by, and usually only the short briefs of precedent making decisions are freely available to the public. Cases obviously tend to be very narrowly focused on a certain topic or conduct, and try to filter out all facts deemed irrelevant: for example, one major case merely mentions 4chan in passing as the forum where the post was made, and provides no further details other than general information about the internet. So in the case of an Internet Historian however, all civil and criminal cases matching the search terms, no matter how mundane or difficult to find, are of value to obtaining snapshots of internet cultures, since the right circumstances for a court to describe an online community in detail occurs out of pure serendipity. Deeper databases exist as paid gatekeepers of information, as well as legal libraries of the jurisdiction involved with physical documents preserved: universities or national libraries may provide better access and documentation.

Civilization is built and maintained by laws, and economies by contracts. Laws and contracts also govern most aspects of an individual's life and relationships. In order to make any fair judgements, the context and background of life, relationships, motivations, and geography must be well understood. Certain laws and contracts are history making events, and are often made in response to a past event, with common law verdicts in particular describing its context and justification in detail, archived for all future judges to interpret. Therefore it is no surprise that litigation documents are some of the most detailed records civilization provides about itself, if in context of its offenders.

The Bible tells of many epic legends from the earliest ages of civilization of unknown provenance, that were passed down orally from generation to generation, culture to culture, and place to place until they were finally written down and fixed in time through the Babylonian Talmud by Jewish scholars. The Tower of Babel depicted how in ancient times mankind, in its hubris, came together and built great cities and towers, but were struck down by God who made them all speak different languages and unable to coordinate, thus abandoning the city. In Genesis, God created the Earth and Nature as a paradise, with Adam and Eve as its eternal caretakers. But they were tempted by the Fruit of Knowledge, Their descendants fill the world with sin as God sees it, so God warns Noah to build a giant wooden Ark and bring his family and two of every animal, whereby they then ride out the storm as civilization collapses around them. Noah then lives for a long period with many descendants for his heroism.

Perhaps not coincidentally, these legends were inspired by the oral and written tales of the civilization that held them captive in Mesopotamia. And when British archeologists made it there to discover the truth of the Bible, they found that massive ruins in the desert remained of such towers near Babel, in indecipherable cuneiform tablets. What epic legends must exist in these alien scripts telling of empires almost totally forgotten by all?

However, the decipherers often discovered mere contracts, records, and legal texts in the tablets, a rather anticlimactic result. Yet thinking about it deeper, the preservation of such documents through the ages allowed historians to understand the structure, development, wealth, and people of these past civilizations to a far greater degree than with texts and monuments that would have told readers merely what the writer wanted to say, not what they would have thought common knowledge and mundane. The very development of writing itself made civilization: in law and economy, possible as these tablets showed, for otherwise no contractual agreement or legal judgement could be decided fairly with hearsay, rather than the eternal facts set in stone with multiple copies. 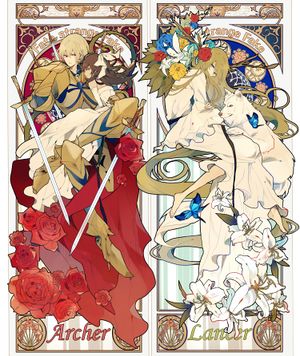 Eventually, prior versions of the legends told in the Bible were eventually discovered, through the Epic of Gilgamesh. The king Gilgamesh rules Uruk with wanton oppression, so to answer the prayers of the people, the gods faced him with the threat of a wild man named Enkidu, who ate and drank alongside the animals and rescued them from hunters. Gilgamesh decides to send the prostitute Shamhat to deal with Enkidu, whereby after a week of copulation and life in the city, Enkidu finds that he has been marked with its stench: for which all the animals flee from him, and he must put his lot with civilization, never to return to his old ways. The two then tussle with each other, but grow to respect each other and go on heroic adventures, until Enkidu eventually weakens and dies of the gods curses, regretting the day he threw his lot in with civilization.

The king Gilgamesh, mourning the loss of his best friend Enkidu, embarks on a quest for immortality in the Mesopotamian Deltas, where he met an immortal man named Utnapishtim. The immortal recounts how the gods grew scornful of mankind that were built to serve them but lazed about and made raucous noises, and plotted to destroy all life on Earth in a great flood. The god Enki/Ea warns Utnapishtim to build a giant wooden ship, *The Preserver of Life*, and bring his family, craftsmen, and baby animals onboard, whereby they then ride out the storm as civilization collapses around them, and gains immortality for his heroism. Gilgamesh persists in asking for the secret of immortality, so Utnapishtim tells him to try to stay awake for an extended period as a trial, but he fails. Gilgamesh persists, so Utnapishtim then tells him to find a plant at the bottom of the sea in the paradise of Dilmun: when he emerges ashore into paradise, a serpent steals the fruit: forcing him to accept his own, and all mankind's fate to face death, never to realize immortality or eternal youth.

Piecing together the Silk Road through Palimpsests

The Silk Road (describing the ancient trade path, not the cryptocurrency fueled marketplace of the same name) is much like the internet of the past: it had massive influence in the lives of every nation and often every individual involved, yet very little survives of what actually went on in that time period beyond a few legends, records, and archeological artifacts. This poses a massive memory hole for a historian to comprehend, and therefore must enter the realm of archeology.

Valerie Hansen's "The Silk Road" describes how despite all the odds, it was possible to reconstruct scraps of litigation documents embedded in paper dolls or textiles. These "palimpsests" as they are known, record crucial aspects of life and from the viewpoint of the judge and jury.

The Silk Road, by Valerie Hansen